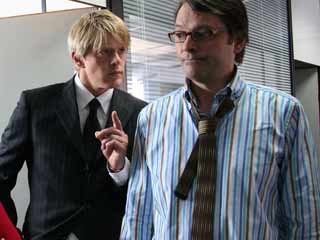 Assertive behavior means saying what we want, need, feel, think or believe in ways which are direct, honest and appropriate, but also respects the rights of those we are addressing. It's the balance between passive and aggressive behavior.

Assert Yourself: Learing to be Assertive shows how passive behavior has the advantage of avoiding confrontation but fails miserably at getting what you want. While aggressive people often appear to be successful, they rarely win the willing cooperation of their colleagues in the long run.

Being assertive, on the other hand, is much more advantageous. Assertiveness does not conflict with listening and accepting the views of others, such as colleagues or customers, and is more likely to lead to a satisfactory solution to any problem.

By behaving more assertively, your staff can be more positive, more creative and better equipped to get their job done effectively.

Honest opinions from the managers and employees who use our training products in the real world.
Assert Yourself
reviewed by 0 people