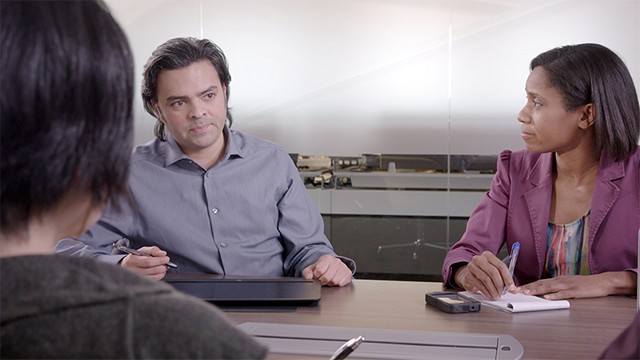 “Joe always wants to hire the best candidate for each position, but he never hires anyone under 30. Joe has a hidden bias but he doesn’t realize it.”

Unconscious bias is in the news. In Silicon Valley and from to Wall Street to Main Street, the ramifications of implicit bias is real and damaging to the workplace. Bias gets in the way of making good decisions in hiring and advancement and also has a big impact on your employees and workplace in general.

We all have bias. The question is, do we recognize it and then do something about it? By addressing one of the most important training issues facing the workplace today – unconscious bias – individuals can help create an inclusive, respectful workplace.

Based on the work of Dr. Sondra Thiederman, Defeating Unconscious Bias is designed to address the hidden biases that can affect hiring, promoting and team building, and that can thwart attempts to create a truly fair and inclusive workplace. The video shows three realistic vignettes that illustrate the impact of bias in the workplace. In the sections that follow, the video's hosts reveal five practical and ready-to-implement tools people can use to become aware of, and counter, their own personal bias.

Honest opinions from the managers and employees who use our training products in the real world.
Defeating Unconscious Bias
reviewed by 0 people